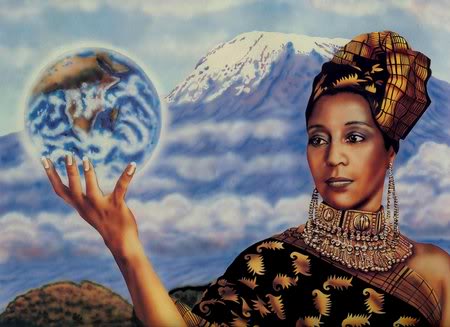 Good God Sunday Morning My Brothers and Sisters in Christ

James 5:16
Therefore confess your sins to each other and pray for each other so that you may be healed. The prayer of a righteous man is powerful and effective.

Being transparent for the good of the Kingdom

On the October 19th I received a call from a lovely and godly woman, Evangelist McGee who asked me to audition for her theatrical company and her play “The Cry of Rachel Today”. Keep in mind I had prayed for this area to open up in my life again but not with specific requests– I asked God to enable me to work in the fields He had allowed me to be educated, equipped, and gifted in but grant me the time to continue to study and work in the ministry . The acting position I have is a cameo spot; I can relate to the character because I had to overcome some of the same demons that plague the character’s life. The producer, directors and cast are all talented and gifted Christians so I was welcomed even though I was an unheard of replacement.

Here is the lessons to be learned since I have been in rehearsal those wounds I thought were healed; I find myself wondering am I “perfectly” healed. I know that part of my calling is to cry out and intercede for the same type of characters that are presented in the scene of the play I am in. So here I am acting out a scene God has delivered me from or those I have prayed for from. I am on fertile ground (performing in a gospel play to deliver) but my character and those characters I am interacting with, we are in the middle of the desert dying of thirst; even some of the character’s names are taunts of the past. I had prayed, fasted, and prostrated myself in earnest repentance and worship before the throne of grace to come to this place of deliverance and manifestation. Though at times there still seems to be a slight bruising of my spirit ; a remembrance of the tenderness to those spots, those times in my life, Glory to God there is purging and medicinal anointing occurring even as I write this letter.

Dr. Trimm spoke some glorious and wondrous events that would happen that Sunday the 17th of October with accuracy when she stated “God’s Spotlight arrives in the speed of thought…”I later relayed this to all in a previous GGSM (October 31, 2010 +). ‘Doors’ are being opened or re-opened in many people’s lives as well as mine by following the rules of; “ from problem to solution and from poverty to prosperity” ;and lessons given my leader and mentors. Did I mention that the production company producing the play is God’s Spotlight?

Now that I find myself walking and living in these rights given to all citizens of the godly kingdom, I have come to yet another level of learning. A lesson that has been drilled into me, but like most lessons living it outweighs hearing and studying it; the teaching of elevation and acceleration takes more determination because of Satan’s mischievous nation. I am facing adversity from the enemy and his counterparts; we all face this hardship with the call. Now pay close attention here is a key point … The enemy is devious, for example where I would not have thought to cover a certain area of my skills and gifts constantly in prayer I was mistaken, such as; remembering lines and movement, which has never been a problem, is now a challenge. Either I would go blank, confuse the lines or hear in my spirit “Create in me a restored mind” or have a flash of the past (did I mention the scene I am in is a flash back scene?) But I now publicly rebuke that foul spirit right now in the name of Jesus and stand on God’s Word that I can do all things in the God that strengthens me. I stand declaring where I once was a victim I am now a victor and the devil is already defeated. I am a living, breathing, victorious testimony of God’s almighty power to breathe life into what seemed dead (did I mention my character dies?)

Another important point to remember is that Satan is on the rampage because more children of God with creative artistic gifts are reclaiming what the devil stole. They are serving God, spreading the gospel and exalting the kingdom with praise and worship in the form of creative arts. There is a cry for the truth of a sharper edged sword, cutting away to the bone and heart of the matter, the real truth of what is really happening in the real world today. Now by some people’s standards Christian creative artists may be judged stating that their deliveries of the gospel are too raw. But these are raw times and there are raw people out there we want, No, we need to reach! We better come prepared to be fully equipped with the sword of Hebrews 4:12. For the word of God [is] quick, and powerful, and sharper than any two edged sword, piercing even to the dividing asunder of soul and spirit, and of the joints and marrow, and [is] a discerner of the thoughts and intents of the heart. It is written in Matthew 24:12 (NIV) "Because of the increase of wickedness, the love of most will grow cold,"

7 For the secret power of lawlessness is already at work; but the one who now holds it back will continue to do so till he is taken out of the way. 8 And then the lawless one will be revealed, whom the Lord Jesus will overthrow with the breath of his mouth and destroy by the splendor of his coming. 9 The coming of the lawless one will be in accordance with the work of Satan displayed in all kinds of counterfeit miracles, signs and wonders, 10 and in every sort of evil that deceives those who are perishing. They perish because they refused to love the truth and so be saved. 11 For this reason God sends them a powerful delusion so that they will believe the lie 12 and so that all will be condemned who have not believed the truth but have delighted in wickedness.

Acts 26:17-18
I will rescue you from your own people and from the Gentiles. I am sending you to them 18to open their eyes and turn them from darkness to light, and from the power of Satan to God, so that they may receive forgiveness of sins and a place among those who are sanctified by faith in me.'

Final point of a lesson: I was taught and learned to keep records of dreams, visions and prophetic words given to me by the Holy Spirit and others; organizing your records will help you along the way of this prophetic walk. Example below;

My cousin’s house – There is a quiet peace and anointing in the room. My face is divided in two parts on one-side it is made-up with lovely theatrical make-up while the other side of my face has no make-up but it has the glow of anointing upon it.

“And there will be a pouring out by testimony and living holy, on desert flowers* these seedlings dropped or lost by their parents (generational curses) and/or leaders (knowing or unknowingly) as they either came out of the desert or died in the desert”. That these desert flowers* would “hear the word, absorb and be saturated and would sprout legs and walk out of the desert/ lifestyle which they thought they were destined to and follow those who are following leaders, who are following their leaders who are following God’s plan and destiny for all lives to be saved, to spread the gospel and to uplift the kingdom of God”.

(*teens / young adults growing up in a pattern of a lifestyle of gangs and/ or drug addicted/alcoholic/ negligent -abusive parents, grandparents)

God is…giving the anointed and appointed designated desert flowers and will send some into the desert to retrieve revive and restore “and they will know them by sight”.

Prophetess Sandra Dukes (Psalm 26:6, 7)
For he has rescued us from the dominion of darkness and brought us into the kingdom of the Son he loves. (Colossians 1:13)

Comment by Evang. Felecia Spaulding on November 21, 2010 at 8:09pm
TRULY WHEN GOD IS IN THE MIST THE BLESSINGS TRULY WILL FLOW NO MATTER WHAT IT LOOK LIKE...SOME TIMES IN OUR LIVES OUR JOURNEY IS MUCH HARDER THAN OTHERS.... YET OUR FATHER HAS THE MASTER PLAN. I PRAYER MUCH SUCCESS TO YOU ALWAYS...THANK YOU SO MUCH FOR SHARING. GOD BLESS US ALL!!