Aug. 10) -- As Clifton Williams sat in the courtroom in Joliet, Ill., awaiting his cousin's sentencing on drug charges, little did he know he would soon be the one in jail.
As Judge Daniel Rozak sentenced Williams' cousin to two years probation, Williams yawned, an act that earned him six months in jail on contempt charges, the Chicago Tribune reported. 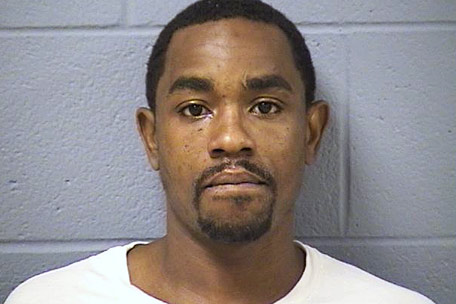 A judge sentenced Clifton Williams to six months in jail on contempt-of-court charges after he yawned during his cousin's trial. A spokesman for the court said Williams attempted to disrupt the proceedings with his yawn.
Skip over this content
Williams' father said he was "flabbergasted" by the sentence, the maximum issued for a contempt charge without a jury trial. "It seems to me like a yawn is an involuntary action," Clifton Williams Sr. told the newspaper.
The court disagreed. While Rozak did not comment on the charges, a state's attorney's office spokesman, Chuck Pelkie, said Williams did not let out a "simple" yawn. "It was a loud and boisterous attempt to disrupt the proceedings," he said.
According to the Tribune, Rozak is particularly fierce on courtroom decorum, issuing contempt-of-court charges at the highest rate of any judge in the county. The broad discretion of judges to control their courts has prompted Rozak to file contempt charges against people for everything from swearing to not silencing their cell phones.
However, some of the people Rozak assigned harsh sentences to were shown leniency if they apologized.
Williams will have to serve as least 21 days, the Tribune reported, and he has been locked up since July 23. In a letter to his family, Williams wrote, "I really can't believe I'm in jail."
For more on the story, read the Chicago Tribune.

WE ALL GOT COLORS