The God of Israel 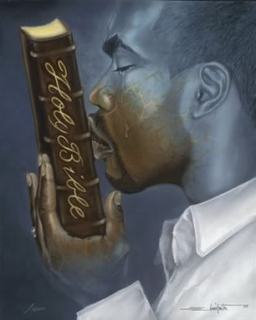 10 Elisha sent out a servant to meet him with this message: "Go to the River Jordan and immerse yourself seven times. Your skin will be healed and you'll be as good as new."

11-12 Naaman lost his temper. He turned on his heel saying, "I thought he'd personally come out and meet me, call on the name of God, wave his hand over the diseased spot, and get rid of the disease. The Damascus rivers, Abana and Pharpar, are cleaner by far than any of the rivers in Israel. Why not bathe in them? I'd at least get clean." He stomped off, mad as a hornet.

13 But his servants caught up with him and said, "Father, if the prophet had asked you to do something hard and heroic, wouldn't you have done it? So why not this simple 'wash and be clean'?"

14 So he did it. He went down and immersed himself in the Jordan seven times, following the orders of the Holy Man. His skin was healed; it was like the skin of a little baby. He was as good as new.

15 He then went back to the Holy Man, he and his entourage, stood before him, and said, "I now know beyond a shadow of a doubt that there is no God anywhere on earth other than the God of Israel. In gratitude let me give you a gift."

16 "As God lives," Elisha replied, "the God whom I serve, I'll take nothing from you." Naaman tried his best to get him to take something, but he wouldn't do it.

Comment by Evang. Felecia Spaulding on April 29, 2017 at 9:17am
This God I serve Has total control, No matter what.

CreateTalkLIve "Who's Wise and Mighty In Strength?